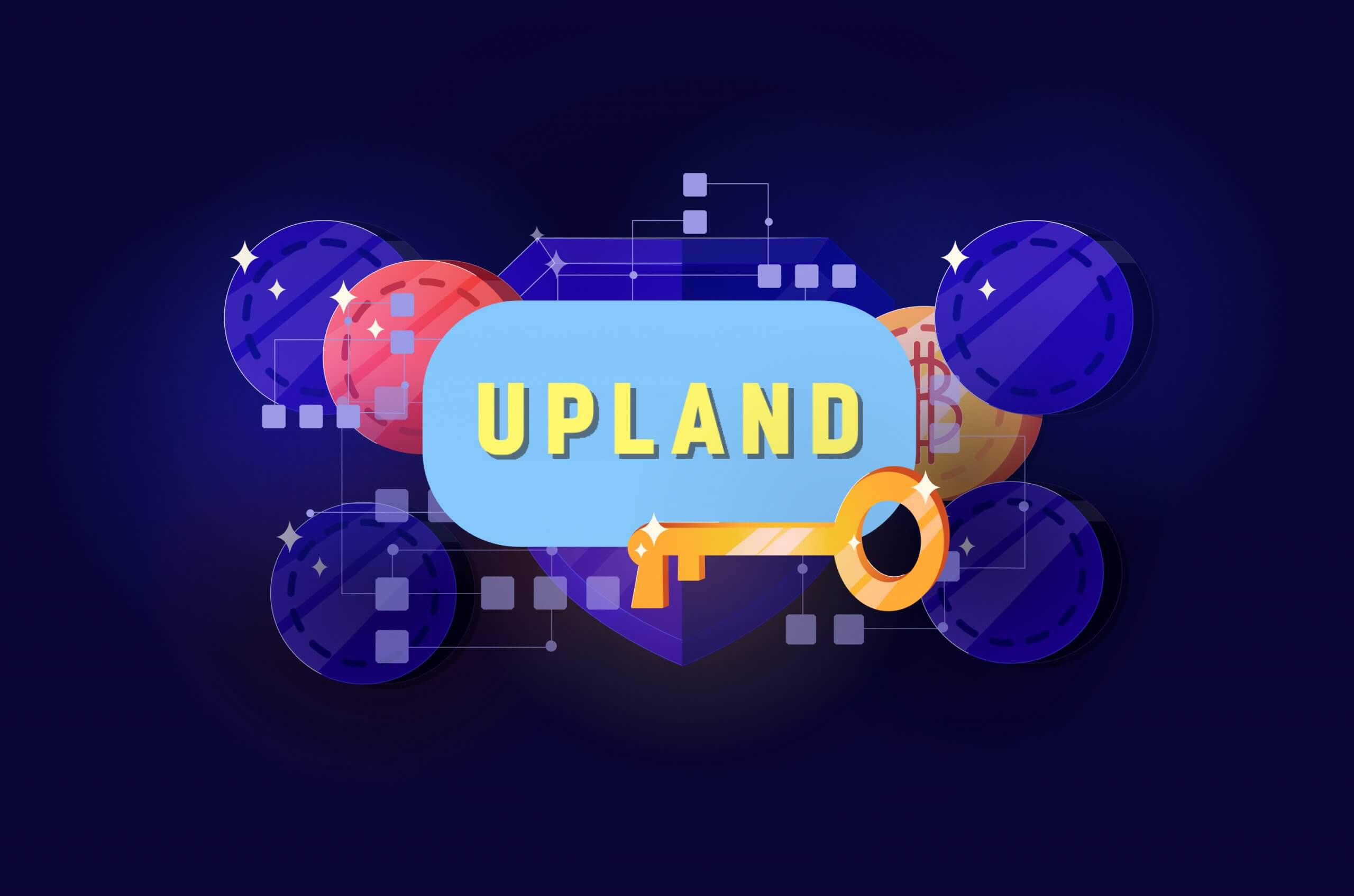 Monopoli is a small town on the East coast of Italy. It is a marvellous little place, filled with beaches, beautiful Italian houses and the best seafood in Europe. And, most importantly, has nothing to do with Monopoly, the most famous board game in history. The difference stands in the final letter “i” in the name of the city versus “y” in the name of the game. Besides spelling similarities, Italians have nothing to do the game.

Monopoly was created 85 years ago by the Americans. Which is to be expected as the US has one of the most important economic histories in the world. If Greece invented democracy, the United States invented money, greed and consumerism. Don’t quote us on that last one, there’s still some fact checks we need to do. Bottom line, Monopoly is one of those games you are most likely to have played.

Board games that make (lots of) money

Monopoly is just one of the many board games that have made their creators rich. The board game industry is so large, it is estimated it will surpass $10,1 billions by 2021. In 2019, more than $8,5 billions were spent on board games alone. Don’t think “Monopoly” or “Dungeons and Dragons” alone when you think about board games.

Chess, backgammon and even card table games are considered to be board games. When it comes to the biggest sellers of all time, Monopoly is just the number four in the top of all-time favourites. Number one is chess, a game that still sells around 3 million copies in the United States alone every year.

Upland, the Monopoly of the blockchain

All of the board games you’ve ever played have nothing more to do with the real world than imagination taken to an elevated level. Upland is a new blockchain-based game that will take the experience to the ultimate real-life vs. digital life level. Built right at the intersection of the real and virtual worlds, Upland is giving users the power to buy, sell and trade virtual properties that are based on addresses from the world around us.

While the game happens in the virtual world, once you buy a location in the real world in the virtual game, no other player will be able to get that same location. It becomes unique in both worlds and only you can have it, trade it or do whatever you want with it. You can buy and sell properties using UPX, pronounced “up-ex”, the in-game currency created on the blockchain especially for Upland.

The first city which made an appearance in the game was San Francisco from sunny California. Early users were able to buy property using the map interface and choosing from the vast array of buildings and other property types. As the map expands, people will be able to buy and sell properties from all corners of the world. With enough requests, smaller cities from countries outside the US might someday be featured. It will be a worldwide Monopoly game everybody would be able to play right in their hometowns.

Every great game has an even greater story and mission. Upland has a noble mission behind the tons of fun it will bring to players. They are aiming to create a “new, true ownership layer and economy in parallel to the existing world by using blockchain technology”. Through gamified experiences, they want to introduce as many people as possible to a fun, simple and accessible world where the money is demystified, properties are at large and for everyone and the economy is simplified to be fun, not impossible.

Why is Upland different?

The blockchain makes it possible to own a property that you buy. There’s no way that other players could steal it from you because that’s how the blockchain works. You can sell the property, trade with it, keep it forever, but whatever you do with it, you’re the boss. It’s 100% yours, not one percent less. This means every purchase that you make in the game has the qualities of a virtual collectable, which are called non-fungible tokens or NFTs.

These NFTs offer true ownership over a virtual item, with both provable scarcity and authenticity provided. Once you buy a property in Upland, it is immediately registered on the EOS Blockchain and therefore you are forever the owner of it until you want to sell it. If you’re not interested in playing the game with the in-game cryptocurrency UPX, you can go ahead and play the blockchain-based game with fiat currency.

Time is money my friend! Which is true even in the digitalised economy of Upland. Which is why, when it comes to the internal workings of the game, things have been made extremely easy to grasp, intuitive and straightforward. Gamers nowadays have no time to spare creating complicated accounts and waiting for confirmation emails and all that. The more time you spend roaming the virtual streets of Upland, the better.

All you need to do in order to sign up for an account is to have an email address. You don’t need to set up a wallet, as the system behind the game, based on the EOS blockchain will automatically create an account for you as soon as you have enough assets in the game. The private key will be generated on the device you’re playing the game on. The key is encrypted, secured and invisible to everyone. Visit this article for instructions on the easy-to-follow sign-up process.

How to play Upland

The experience that the creators of Upland have thought about is simple: breaking the barriers of virtual property ownership by gamification applied in the real world. Yes, it does sound complicated, but it really isn't. Just by following a set of simple steps you’ll be able to start grabbing your first properties in Upland in no time.

The first step is to request access for the game and download the app. You can play on either Android or iOS devices. Once you download the app, you will add your email and once the request is sent, you will usually have to wait for the setup to be ready. Once that’s done, it’s time to explore the Upland.

Step #2: Use your first Block Explorer

The first thing that you have to do in-game is to select a Block Explorer. “Block Explorers are the trusty sidekicks of Upland, and are the key to unlocking all the fun and frolics the game has to offer.” Basically, this is how the game decides where to put you at the starting point on the map.

Newcomers to the game receive 3.000 UPX, which is the currency of Upland. You can buy and sell properties with UPX and will soon be able to trade outside the game with it. This function though is not yet available.

Once you’re on Upland, you’re a Visitor. That’s your first in-game status or level. As soon as you’ve reached 10.000 UPX in your account, you will become an Uplander. This is how you prove it to the mighty game that you’re serious about playing around for more than a day or two. In order to stay a Visitor you are required to be logging in once per week to renew the Upland visa. Once you acquire 10,000 UPX, you can upgrade to Uplander status at which point you no longer have to deal with the visa.

As an Uplander, once every 7 days you’ll have to renew your Upland Visa. This process is also implemented to make sure gamers are not forgetting to check their progress once in a while. It costs nothing to renew your Visa, and all you have to do is to click a few buttons to get it done.

Exploring the city is done via the map of the game, which works just like any other digital map out there. Click on “Explorer” and you’ll be taken to the exact location of you Block Explorer on the map. Click on “Places of Interest” and you’ll be presented with a list of unique properties. Click on “Marketplace” and you’ll be able to toggle resale property pins on and off.

You can either 1)buy properties on the map by discovering them with the Block Explorer, indicated in green as your Explorer roams the map of the city, or 2)select one property you like from the Marketplace and hitting BUY.

Players can either sell or trade their properties with other players. If you want to trade, all you have to do is to go to your property’s card and hit the OFFER button. You can then select the type of offer you’d like to make to other gamers. In order to sell, you will be able to list your property on the Marketplace and also choose the price and payment method, UPX or property trades.

There are many other fun features in this game, just listing them all would take ages. For starters, there’s the Upland Collections, an integral part of the game that offers players with the chance to boost their revenue by collecting properties that are listed in the same area or have somewhat the same features.

Another great feature we’ve stumbled upon is called Send Your Explorer, which allows you to move the Explorer to another neighbourhood in order to look for better properties. Also, there are traveller fees you as an explorer and other people that go to your properties will have to pay. Make sure you’re not landing on too many of those, as taxes are always a pain in the behind!

Franchising your city in the digital world

Monopoly is a great game as is, but also dressed like the many different hundreds of variations the game has been sold all over the globe. So it will be the case with Upland and its franchising program. If you’re an investor, a promotion agency, influencer or entrepreneur, you can sell your city or even country on Upland and make it available to players. This feature is still worked upon by the team, but if you’re interested, you can apply with your set of skills by following this link and hope for a positive response.