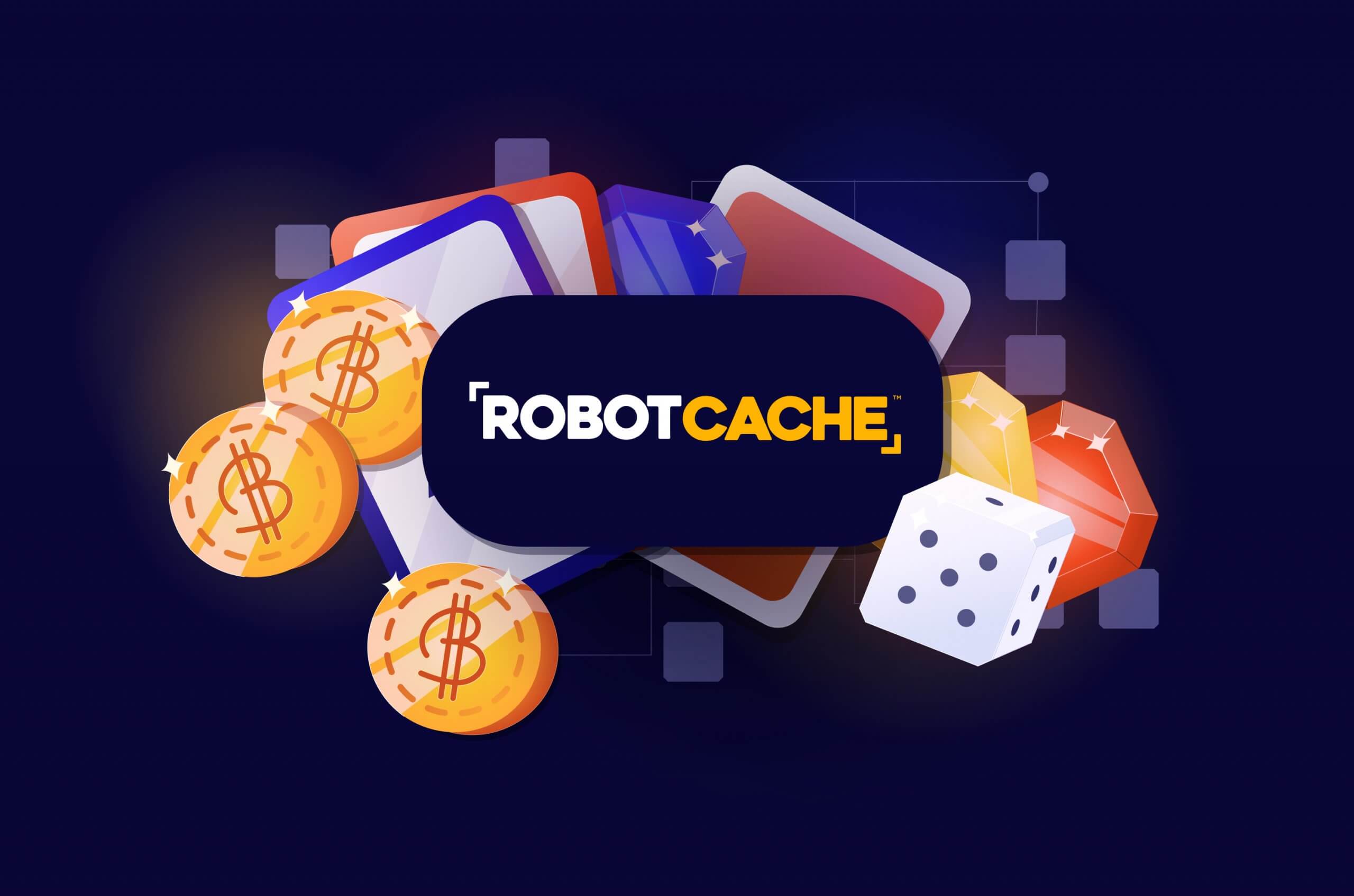 A new type of entertainment was born when the modern computer came out. Games, in all shapes and sizes, started being produced for the masses. They were simple at first, having less pixel density than a tall cappuccino from Starbucks has coffee. But sooner than later games have turned into one of the most profitable industries on the planet. Demand grew higher and higher, so gaming companies decided to not only give people games but to also group them in bundles, packages, best-offs and catalogue portals.

This is how popular services like Steam came to be. Places where you can pop in, have a look and then find a dozen new games you’ll simply love until the very last mission. Steam is just one of the many services where you can find games to buy. G2A is another example. Of course, these portals are all made with the scope of profit for their inventors in mind. Games there are not the cheapest and for the most part, you don’t know what you’re buying if the title is a less popular one.

Luckily, another technology is now disrupting the way gaming portals and shops work. The blockchain is making it possible for players to play and earn their rights for new games just because they’ve become skilled at a certain game. Meanwhile, producers earn their cryptocurrency for the hard work that they put in creating the games. The ecosystem is installed and fully functional, and it’s called Robot Cache.

$78.6 billion was the net worth of the global gaming industry in 2017. By the end of 2020, the total market cap of the games we’re playing on a daily basis will surpass $90 billion. You might’ve heard about EA Games, Ubisoft, Valve, Activision and a ton more producers of games that have turned a simple passion into billions worth of products. Counter-Strike, FIFA, Grand Theft Auto, Far Cry, Halo, Need For Speed, these are just some of the titles every single person on Earth has heard about in the last 10 years or so.

According to the WePC statistics, over 2.5 billion people on the planet are gamers. You’d think most of them are in the US or Europe, but you’d be wrong. The largest market is in the Asia-Pacific region, where in 2017 over $51.2 billion were spent on games. That is an incredible figure! In the same year, Steam sold $4.3 billions worth of games worldwide. The top three best selling PC games of all time are The Sims 3, World of Warcraft and Diablo III. The last two are made by Blizzard, one of the most important game's producers in the world.

Robot Cache is the Steam equivalent but based on the blockchain. It's the place where you can buy your digital games and when you’re done playing, you can actually sell them for cash or IRON. It’s all up to you! Robot Cache has been around for long enough to not be taken as breaking news, yet so many people still have no idea about what it is and that it exists.

Bluntly put, Robot Cache is the world’s first video game marketplace on the blockchain where you can buy PC games, resell them when you’re done playing them and mine to earn free ones. They’re committed to disrupting distribution, to put it in their words, transparent and inclusive, changing the standard forever because the time for a serious new product is now.

Everybody wins with Robot Cache

Robot Cache is advertised as the world's first blockchain-based digital marketplace for video games. This means video games producers can earn real money by selling their games on the platform. So how come everybody wins with Robot Cache then? Well, players can win IRON by playing their games and mining at the same time. We’ll dive into that later. Speaking of producers, they are the main beneficiaries of the platform. And they should be, as they’re the ones putting in the hours to create games for us to enjoy. You can, therefore, take part in three activities while on the Robot Cache ecosystem:

You can simply play the games available on offer. All you have to do is to sign up with an account, and then shop, buy and play any of the games on offer. The selection is huge and there are many famous game-makers and content creators on the site from which you can choose your favourites.

When you play a game, one of the most useful parts of your computer that’s put tot work is the video or graphics card. Well, if you’re even a little bit familiar with Bitcoins and mining, you’d know that in order to mine cryptocurrency you need great video cards. Your very own graphics card can be put to work if it gets listed to mine, after which it will get you IRON, the Robot Cache currency you can pay with for new games in the library.

Not just video games producers can sell their games on the site. Once you’re done with a title and are sure you’ll never play it again, you can sell it back to the site for a 25% back in IRON or actual real-world currency. This way, you can either get some money back or reinvest a part of the value of the last game into a new one.

Mining on the Robot Cache

Mining while playing, if you've turned on the new CPU mining feature, on Robot Cache is a fun activity that’s going to earn you some extra IRONs, which is the in-game currency of choice in this blockchain neck of the woods. You can use the virtual currency to buy new games, as well as for other in-game items like special tools, weapons or equipment, depending on the game. The Mining Bonuses program is another exciting part of the mining feature. It can lead you into earning free games. There is always one game that offers Mining Bonuses available on the site, from which users can earn up to 12 fully functional games.

Who’s teamed up with Robot Cache

Since its inception, Robot Cache has managed to team up with some serious gaming providers. 22 providers have signed up with the company early after its launch. Some of the bigger names are Ci Games, Dankie, Headup, Hyperkinetic Studios, Imgn.pro, Libredia, Playdius Games/Plug In Digital, Revival Productions, and Running with Scissors. A good reason why all these creators have teamed up with Robot Cache is that the company is offering them 95% back from buyers. Steam only gives back 70% off of the price of a game.

In the second round of contracting, Robot Cache managed to score another 12 publishers that are world-famous in the video gaming industry. Devolver, BigBen and 1C are just three of them who’ve made the catalogue better and incentivised new players into taking action and signing up for an account with the site. It’s only a matter of time until other gaming developers will discover the powers of offering their creations on the blockchain-based platform.

Robot Cache was developed on the blockchain not for one, but for two main reasons. The first one is for security purposes. That’s obvious enough, as there’s nothing more secure than a public ledger where everyone is dependent on everyone and nothing gets done without the approval of the network.

Number two, mining your way towards IRON, the currency behind Robot Cache, which you can later use to buy new games simply makes sense to most players who’ve signed up on the platform. The ecosystem is built on fairness, promoting amazing games to not only be played but also to get made in the first place.

The future of Robot Cache

It feels like just yesterday we were buying the latest Grand Theft Auto: Vice City installation CD’s from our local gaming store down the street. And then the Steam came out, which made the CD vanish and instead had us buy all of our games with nothing but a few clicks. Digital downloads have revolutionised not just the way we play games but also how we listen to music, watch movies or interact with each other.

Robot Cache has a bright future ahead of it. It can’t be the other way. You’ve got the blockchain as a pillar, which is the best technology on Earth for creators who’re in for the best rewards and players who want to be safe and not get ripped off buying a title or two. Then you’ve got the IRON currency which you can mine while playing. You’ve got the team behind the project, with names like Brian Fargo, founder of inXile and Interplay, creator of Fallout or Wasteland, alongside Lee Jacobson from Virgin Entertainment and Philippe Erwin from Activision and Warner Bros.

And then you have the opportunity, the freedom and the new, for players and gaming companies alike, to create the best portal of games the world has ever seen. Robot Cache is not there yet. Not by far. But nobody can say it won’t reach that ideal status in a few years from now.