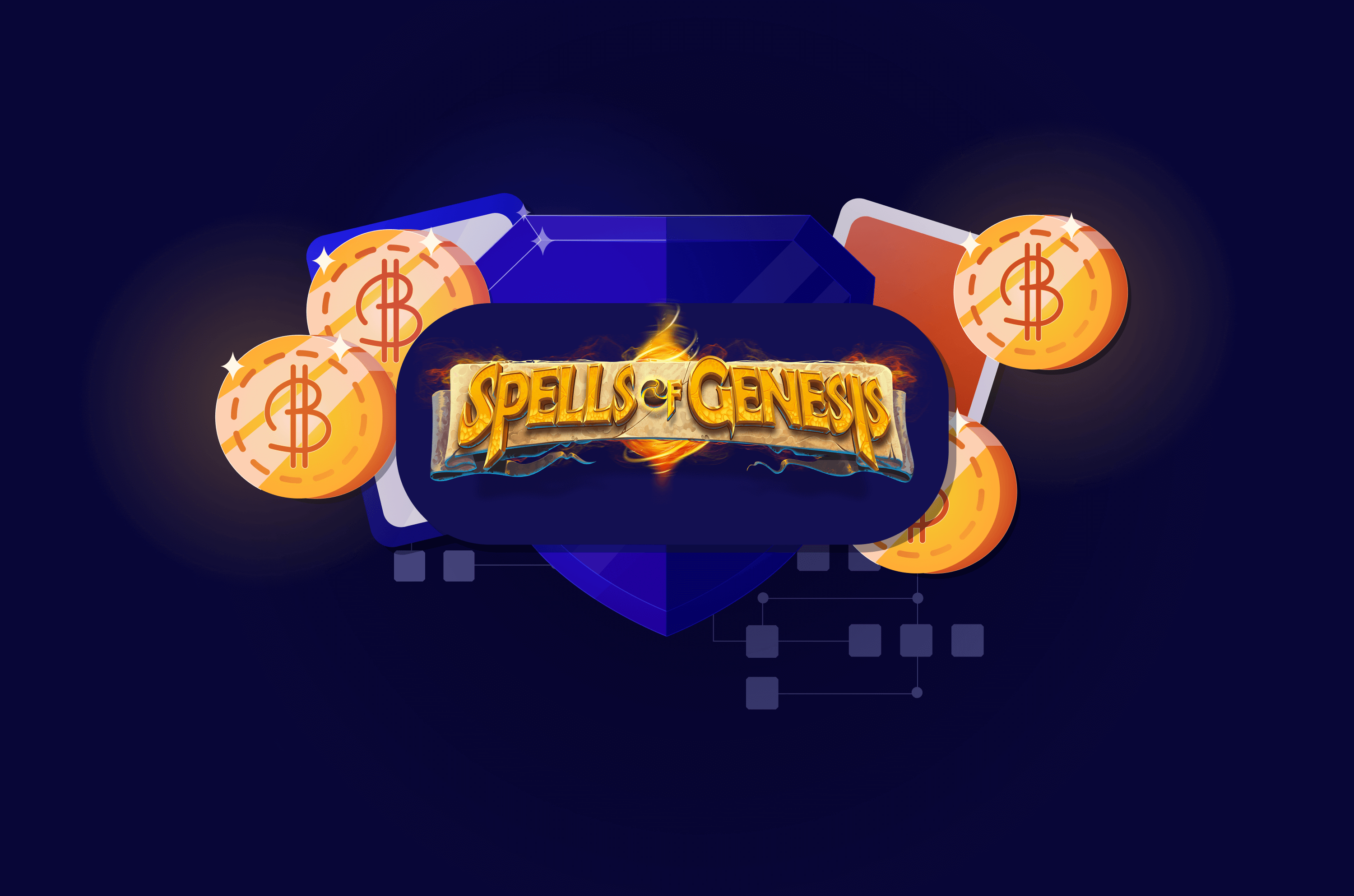 World of Warcraft. Regardless if you’re a gamer or not, you’ve most likely heard about it. The biggest, most popular online game of all times. This game started way back in the 2000s when the first Warcraft games were released. They were simple games with concise missions which could’ve been accomplished just by one player on one computer. Still, the Warcraft games are some of the most successful ones in history.

As the years passed, the people behind the game realised they needed to put Warcraft in the hands of more and more people. This is how World of Warcraft came to be. A world of its own, explorable all the way through, with missions and group raids and unique items only the best of the best could own. Today, WoW is still the most popular MMORPG in the world, with over 10 million subscribers and therefore players in the entire world.

A mobile version of WoW

World of Warcraft is the base for thousands of extra products, one of them being Hearthstone. A game on its own, developed and inspired by the image of WoW in the centre of all things, Hearthstone is a mobile version of the universe that the MMORPG has created for the millions of its users. Some of the WoW fans wanted a simpler, mobile version of the game for their devices. And since the World of Warcraft game is simply too large for phones, a TCG was the perfect solution for the demand.

Trading Card Games are experiences of their own. The popularity of these games are on the rise even today, with millions of people playing both the physical and the virtual versions. Just in the physical trading card gaming industry, there are more than $1 billion spent a year. New technologies have made it possible for these games to become even more widespread and available to a new type of gamer. The blockchain gamer now has the chance to experience a TCG that’s provably fair and based on the blockchains’ story.

Spells of Genesis: the blockchain TCG

Every great trading card game starts with an awesome story. Spells of Genesis does this reputation a great justice. As with all great games, there are two factions, the good and the evil sides, in this case, the Askian Valley and the Empire of Sayosia. Askians have developed great economy and prosperity by staying out of trouble. They’ve gathered precious gems and crystals, true treasures that they keep guarded against harm.

The problem is, Emperor Daryen of Sayosia found out about these relics and is now ready to fight for them until the very end. Players can get involved by collecting cards with which they can battle for supremacy, as well as making strategies for better decks and decisions. There are both TCG and arcade-style aspect in the game. The idea of the game is based on the blockchain, the inspiration for the storyline, which is also the network where the game is hosted.

How to play SoG

Spells of Genesis has more than one objective. The main activity of the game is collecting cards and combining them in order to create the very best deck with which you can fight your enemies. You can get new cards either by earning them, buying them or trading with other players. This makes for an easy to follow gameplay people from all over the globe love.

You can choose to be part of either the Askian or the Empire of Sayosia realms. Askian players want to keep things in peace and harmony, growing their stacks of rare cards and helping each other achieve greatness. Empire of Sayosia gamers want havoc, terror and war, which makes them ingenious beings who are ready for anything. Players can freely choose which side to go for based on their desires from the game.

Battle system – Discover the unique battle system that’s keeping everyone on the tips of their feet. Use the phone’s interface to aim at the enemy and shoot towards them. HIt the target and you’re one step closer to victory.

Spells – Some of the cards come with special spells. Cast the spell to greatly impact the chances of you winning the match. Beware: enemies can cast spells as much as you do.

Gold – When you destroy all of your enemies and finish a certain level, you will gain some gold. Use the gold to buy new cards or features for your current ones.

Daily quests – Another way to go through with the game is to try your knowledge and talent with the daily quests. Gold and other enchanted goods are also available once you’ve finished one or more of those.

Strategies – You can try out many decks and combine your cards the way you want. If one deck is not really doing the trick for you, you can, of course, try another variant.

Levelling up – You can use crystals in order to level some of the most important cards in your deck up. Crystals can be obtained by turning older, unused cards into them.

Trading cards come into variants, but both of them are stored within a wallet called Casa Tookan. Here you can manage, send or receive blockchain game assets. All you have to do is to go to the in-game menu and open the “Blockchain wallet” tab. Link the account you’re playing the game on with the Casa Tookan wallet account and you’re good to go.

Spell of Genesis is playable via a deck of four cards that you personally collect and prepare for battles. As with most card games, once you have the deck ready you can use it to play against other players and try to win their stack over before they destroy yours. The key to victory with SoG is to masterfully select those cards that offer you the best skills and allow for the ultimate strategy in order to win your opponents over.

There are 6 elements in the game that appear on the cards. These elements are Earth, Ice, Dark, Light, Fire and Water. Learning about each element will prove crucial when dealing with situations that can mean the win or loss the game.

Every card is made out of 8 different important features: the name of the character on the card, its speed, the element that the card is wearing, the cards’ attack feature, health, the spell and the effect of it, and of course the level and the rarity of the card.

Your cards are going to be as powerful as their level of rarity. The more rare a card is, the easier it will be for you to defeat your enemies with it. The four rarity levels are Common, Rare, Epic and Legendary. You can also fuse cards together to create stronger ones.

A term invented by the producers of the game, blockchainization means taking your in-game card and transforming it into a tradable asset anywhere on the blockchain. Once a card is blockchainized, it is independent of the game and can be stored in your virtual wallet.

Spells of Genesis normal cards are the cards you can use in-game to fight against other players and win gold and other in-game assets. Besides these cards, the game has recently introduced Ethereum-based cards that are available through Counterparty, a platform where creators can come up with unique tokens that are collectable. The platform runs on the Bitcoin blockchain, which means you can store or transfer your assets at your own will.

Also recently, SoG made it possible for Ethereum users, starting mid-February of 2020, to buy and collect unique token cards on the ETH blockchain the same way they could’ve done on the Bitcoin blockchain until now. This means that, regardless of your favourite blockchain, you can collect the rarest assets of the game with ease.

Besides gold that you can win or trade during battles, the main way you can trade with cards in SoG is by using the in-game economic pillar, called BitCrystals. As stated by the creators of the game, BitCrystals are “digital assets acting as the game-fuel and the premium in-game currency in Spells of Genesis.” Launched in 2015, BitCyrstals are made in an initial batch of 100.000.000 units. 70.000.000 were released in-game, while the rest was kept by EverdreamSoft, the creators of the game.

Trading card games lovers will most likely give Spells of Genesis a go. It has all of the elements of a great TCG that’s available on the go or on your laptop. Based on the blockchain, this provably fair game can’t be a miss to all of you who’re looking to change the traditional for the modern, the new and the decentralised way of gaming. Going for the Askian or turning dark and helping the Empire of Sayosia, you will surely have tons of fun with Spells of Genesis.