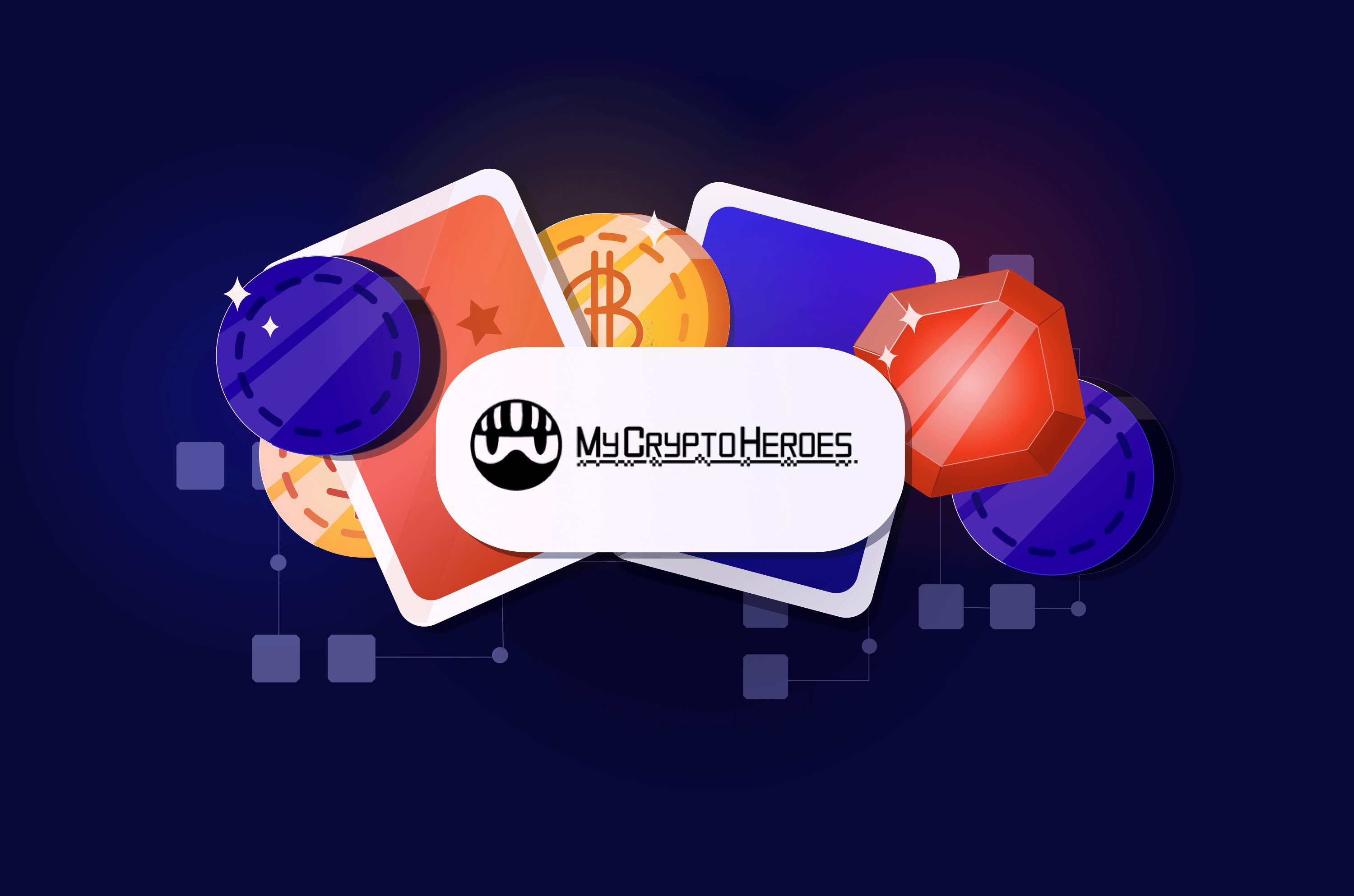 Computer games are a way of socialising and having fun at the same time. In today’s world, more people are playing games on the computer than ever. And they don’t do it just for fun. There is an entire industry related to gaming that’s also turning gamers themselves into workers. Some of the gamers win money by trying the games out first, looking for bugs and reporting them to the creators of the piece in order to be solved before the game is released.

Others buy the game, go online and make in-game stocks of whatever the internal coin of the game is. In World of Warcraft, for example, gamers can trade gold for real-life money. There’s an entire industry in China for it. Coming back, the gaming industry is now so large, blockchain games matter in the overall global market. Why? Because, like miners of gold in WoW, they give players the chance to not only play, but win real money while they do so. A feature so few games actually come with.

My Crypto Heroes, an introduction

“Your time and passion will become assets” is the first message you will see when you enter the official website of My Crypto Heroes. They claim to be the largest, most played game on the blockchain, with 3.000 daily average users. That’s impressive considering we’re talking about one of the youngest gaming industries in the world. MCH is an RPG battle game build on the Ethereum blockchain. In the game, you can pick your favourite characters inspired by historical figures and go on a quest with them. The objective is to level up, go on quests and surely, battle other players for fame and magical rewards.

There are two types of gameplay you can choose from depending on what you’re looking to achieve from playing My Crypto Heroes. You can either play the PvE or Player versus Environment mode, in which you will send heroes to dungeons in order to collect experience points and find unique items or go for the PvP or Player versus Player mode, in which case you will fight other gamers in tournaments of all sorts, for crypto money and fame.

There are four heroes type you can choose from when you’re setting up your account.

Farmers – in order to earn GUM, the currency within MCH, you can send the farmer to go on quests and level up heroes, but also to farm the rare items. Selling these will bring you more GUM than you can count.

Warriors – these are your fighting blocks, the people who are always ready to go on a battle. You can either go in normal tournaments, Land vs. Land battles or arenas, where the real skill will surely stand out from the crowds.

Creators – if creativity is your strong suit, you can create your own hero skins and sell them for GUM on the art market. You can also create self tournament modes.

Traders – economical people can try this mode to earn the most GUM that they can via the in-game market. All you have to do, and it does sound easier than it is, is to buy the supply from farmers and use the revenue to equip warriors who later go into battle.

According to the game, each hero with the rarity Uncommon or higher is an ERC-721 token. This means that you own the token and can sell it on 3rd party platforms like OpenSea. The in-game hero becomes an universally-accepted currency anywhere on the blockchain. Also, Each unique item, called Original Extensions, is an ERC-721 token too. You will find them through fighting in quests or competing in tournaments. They have the same properties as the heroes, being tradable in or outside the game.

As the MCH universe is on the blockchain, and it’s rather a complicated one, there are a few steps one has to take before playing this game. We will go over them briefly as the setup of the entire process is intuitive.

MCH works with the Go Wallet. Set up your Go Wallet and then select the “Sign in with a Wallet” option from the first page. After you’ve done that, you’re in the game and ready to input your player name and, if available, the invite code. This code can get you 2 more heroes. To start playing, you will have to have some ETH in your Go Wallet. You can either supply these crypto coins from your virtual wallet or simply buy some Ethereum with your credit card.

The game allows you to get a new hero once you’re all signed up. If you have an invite code, you can have up to 5 heroes to start with. You can, of course, buy more heroes with the help of the in-game currency GUM. There’s also the OpenSea marketplace that’s external to the game but also provides heroes for players to buy.

Team your heroes for battle

A team of heroes on My Crypto Heroes is made out of 3 characters. The battles will happen instantly when you’re ready for them, so the main thing you can do as a player is to make sure you have the best team with the best heroes, best weapons and items and best strategy that you can. You won’t be able to do much but watch after you’re done with it.

These are your items and weapons of the game. There is no extension awaiting for you as you first begin playing, but after one Dungeon your defeated enemies will certainly drop some. You can then equip your heroes with them and have them battle more and more powerful enemies for greater loot and rewards.

Many people believe investing in a game on the blockchain is a waste of time and financial resources. With some of the games, that’s true, but then again this is not just on the blockchain. A ton of traditional games are money-wasters and nobody brags about those. Coming back, there’s a lot of proof about why MCH is a stable, investable, reasonable game. One of the most important reasons is that My Crypto Heroes sold 500 ETH worth of Virtual Land in the game. That’s almost $90.000 for land in a video game.

Own part of the game with MCH+

As stated in the beginning, the main vision of the game was to have players dedicate time and passion into the virtual world of My Crypto Heroes, not just for fun, but to actually earn assets. Thanks to a program called MCH+ players can now buy virtual assets that are valuable not just in-game, but also anywhere on the blockchain. This is possible thanks to the NFT or Non-Fungible Tokens, a characteristic of the blockchain that lets gamers have unique pieces of the game and gives them real ownership over those items.

“NFTs are stored in the users' wallets, where they can manage assets freely by buying, selling, gifting, or even importing their assets into another game. This is the open “NFT ecosystem”, which is creating a brand new UX for users. To enable this whole new gaming experience, we are providing mechanisms to game developers to create NFTs that can be used across various game apps within the MCH + universe”, creators of the MCH+ stated in a press release.

You have the most popular blockchain game ever made. Instead of the casino games, that’s obvious. Yet, a game that’s doing so well, that’s important for so many and growing rapidly can’t have anything else but a bright future ahead. Investors are putting money in, players are enjoying the ecosystem they are presented with and creators are incentivised to create even better features, more heroes and quests and Dungeons. My Crypto Heroes is without a doubt a product every blockchain enthusiast should try at least once. Oh, and if you like anime, here’s a little story that will make you try this game in a heartbeat!