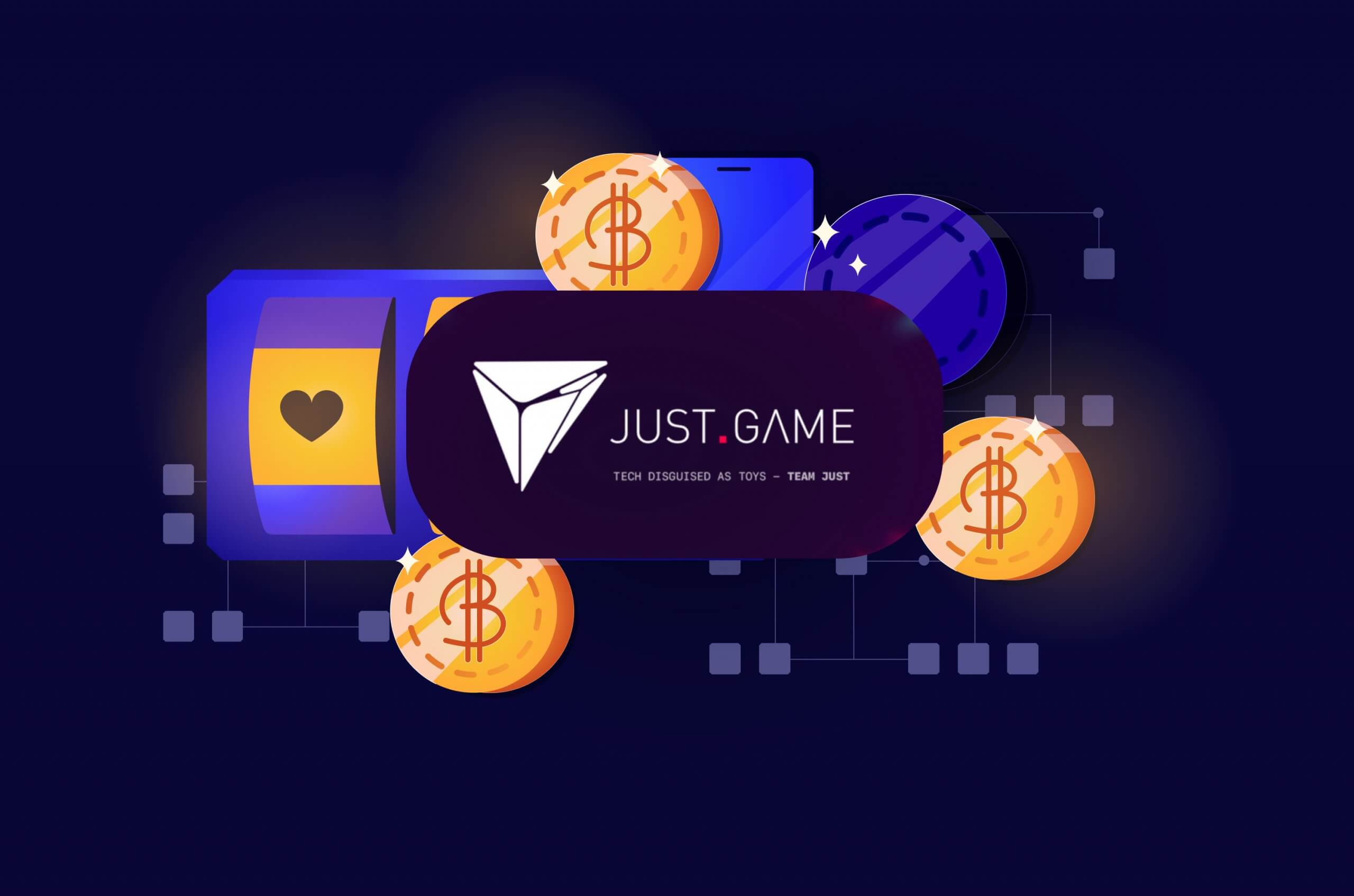 The Egyptian Pyramids were built thousands of years ago. Back then, people had no idea what a computer was. If you were to drop an iPad in the middle of the constructions of the pyramids, the pharaoh would probably have it destroyed because of its dark magical powers. Yet we modern humans have no idea how the pyramids from the Giza plateau in Cairo were built.

All we know is that they’re an incredible piece of human ingenuity and architecture. At the core, a pyramid is just a simple structure in which each of the blocks composing it are depending on the ones surrounding it. Take one block out and the entire structure of the pyramid has to suffer. Take two blocks out and you’re in big trouble. From three blocks onwards removed, the pyramid will likely fall to the ground.

The pyramids have inspired many authors, poets, thinkers and business people into creating their own version of the world wonder. Business-wise, you might’ve heard about pyramid schemes. Although illegal, these ingenious schemes were responsible for making some people extremely happy while making a ton other very poor. Just like with a real pyramid, the more you’d build on it, the stronger the core would become.

Before diving into the real issue here, which is the weirdest game we’ve ever encountered thus far on any blockchain, let’s talk about the blockchain where the game we’re about to review today has been built on. It’s called TRON and it’s one of the largest blockchain-based operating systems in existence. Its mission? To decentralize the internet through practical apps and services that make a difference in the everyday lives of people.

Speaking of TRX, the coin is valued at $0.017 as of writing this article. The total market cap of the coin is set at $1.125 billion, which makes it the 13th largest cryptocurrency on the planet. There are more than 4.5 million TRX holders in existence today. These numbers are simply impressive for a blockchain that has been around only since 2014.

This is a weird game. Without a doubt. And because we’ve spoken about pyramids at the beginning of this article and you’re probably still asking yourself “what’s up with that pyramids opening?” Just.game is sort of a gamified, modern, intriguing pyramid scheme. It’s not illegal, but it’s not necessarily totally logical. Or legal. It’s weird, that’s what you should know even before going into the details. But people love weird, and people really love Just.game, so maybe you’ll find the game and its mysterious gameplay enjoyable?

It wasn’t easy finding reliable information about Just.game on the web but we are positive we’ve done a good job. First, we looked at how the creators are describing the game on the Dapp, the place where people can download apps from and put them on their devices, apps that are decentralized and TRON-based.

“Just.game is speculative technological entertainment. There’s not really anything to compare this project to. Expect it to behave in completely unpredictable ways. This experiment may reinvent the way the world looks at blockchain, or break it entirely. This is ultimately an experiment in psychology and economics, one that is as much educational as it is entertaining. The concepts within this whitepaper create an infrastructure that's unquestionably valuable, presented in an amusing way.“

You’ll get a better understanding of this game soon. Keep through with it and you’ll see things are not that complicated after all. It’s more of organised chaos than a nebula.

Here’s how to start playing the game

Step 1 is to go to the website at Just.game and look around for a while. You’ll get confused mainly by the big red “DON’T PRESS THIS” button in the middle of the page. The interface has some stats at the top, total TRX collected from players as royalties, a timer on the top right, the last activity on the left and the 100 most important people who’re eligible to win the jackpot. There’s a jackpot. We’ll get to that later.

Step 2 is to connect with the game. This is possible by sending TRX tokens from either a browser wallet or from an exchange to the game. The first option is the fastest one. The second works if you hold your TRX in some exchange.

Step 3 is to buy your first boxes in the game. On the right side, there’s a “Buy Boxes” button that, once pressed, you’ll get to see the available packages of boxes that you can buy. Boxes are the in-game resource you’ll be dealing with. Managing, buying and selling, opening or withholding boxes is all that the game is about.

How does Just.game work

As we’ve said, boxes are the central piece of this mind, psychological, weird and unheard off game. You can buy them, sell them, open them, upgrade them and do other secret stuff with them that not even some of the creators of the game know about. The game is based on Artificial Intelligence and comes with many risks for players (listed below) so you can literally expect anything to happen while playing. Without any reason. Or an explanation. Just… “Boom!”

The first step is to buy gift boxes with TRX. These boxes are priced at 25 TRX a piece and have a starting value of nothing. Once you buy a box though and have it, that box will gain a small value with each other box that’s being bought after you’ve bought yours. Every single box that’s sold is divided into the other boxes, while a small part of its value goes to the jackpot.

You can do many things with the boxes. You can just keep them around and have their value grow. Or you can open them. If you do, no matter when you decided on doing it, you are able to open the boxes and earn double their value at the time of the opening. The value will be directly paid to your account in TRX. This is what makes the game interesting, the constant uncertainty about either to open the boxes for double their value or to hold on to them for when they become even more valuable. If you miss the right time to open them, the boxes will simply lose their value, the timer will go up and you’ll be left with nothing.

If you don’t want to end the round and open all of your boxes, another thing you can do with them is to upgrade them. This means you’re using the value of your boxes to buy new ones. You’ll start with zero value on all boxes but now have more boxes to fill with the value from the others that are about to be bought by other players.

Jackpot – Final stage of the game

The timer will eventually go from the 12 hours to 0. It can change and add more time if the game wants it. Nobody knows why or how but according to the whitepaper, the game has its own objective, to stay alive no matter what the players are doing and for as long as possible. Every action that’s being made by players only increases the time, when they buy or upgrade boxes, a little more time is added to the all-mighty clock.

As stated above, a part of all value of the boxes goes into a jackpot. The jackpot is finally split between those very last 100 players that have not opened or upgraded or did anything critical with their boxes. They’re mostly the last persons to buy boxes, as they have the highest chance of not buying out of the game too soon. This means that a round of Just.game can go way beyond 12 hours of gameplay.

With such an intricate, AI-based game at hand, there are some risks players better be aware of before diving into the depths of Just.game and its perks. Sure, the game seems simple enough, but in reality, its uncertainty is what makes it both fun and totally random.

Is Just.game a total scam?

No. So if you’re one of the people who’ve paid TRX to buy boxes, one of the thousands who’ve bought 430.000.000 worth of boxes in the first 6 hours after its launch on December 23rd, 2019, rests assured you’re not in for a scam. The game has a ton of features that look like a Ponzi scheme, like a pyramidal game, which makes it extremely worthy for some and disastrous for others.

But don’t forget the most important aspect of it all: Just.game is based on the TRON blockchain, which means all of its rules are written in a smart contract that makes them unbreakable. TRON cannot run away with the money of the players. It’s impossible, even if they’d want to do so. The real danger is the emotions of the players themselves, who instead of making logical decisions are trusting their greed or desire and make the wrong moves.

In conclusion, no, Just.game is no more than another blockchain-based game of chance and has less “scamming” in it than a lottery. You can play it at your own risk, as with many games of chance, which makes you the sole responsible for both your successes and failures.