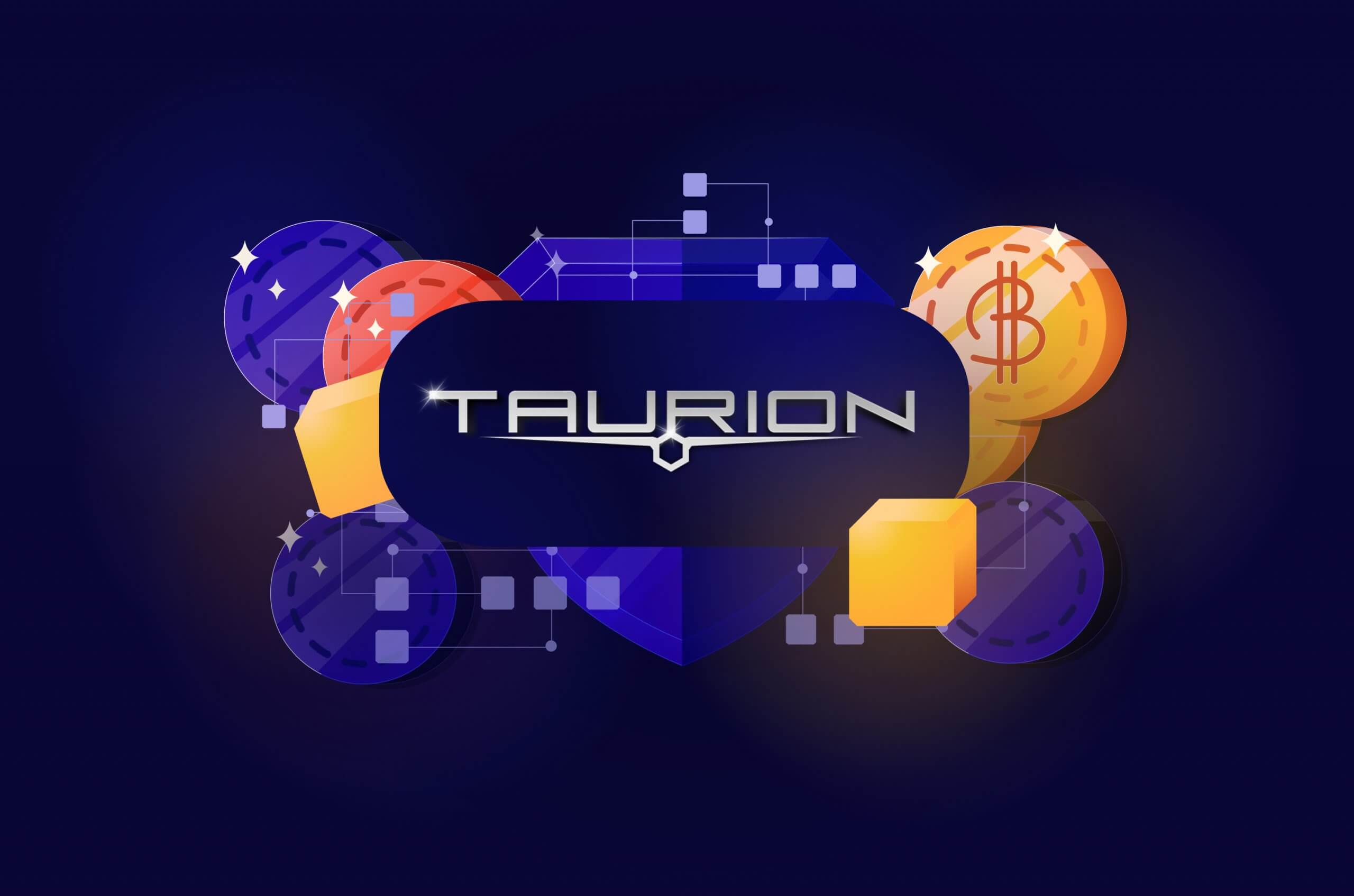 Back when the internet was just an idea, the main objective of the inventors of this incredible technology was connectivity. Little did they know that they were about to unleash the technology that would literally connect us with the entire world. Or put the entire world into our pockets. The internet has since made it possible for humans to keep in touch with each other no matter how far away from each other they were physically.

Games are one of the more popular ways in which people connect via the internet even if they don’t know each other. You log on to an MMORPG game, for example, Guild Wars, and there it stands before you a whole virtual world you can explore and fight monsters in with another real person who’s standing behind a virtual character. No wonder MMO’s are so popular, as they allow people to meet new friends and interact with them on the “battlefield” without ever leaving their homes.

Taurion is one of the many new inventions by the people from Xaya. Like with all games on the platform, Taurion also runs decentralized. This means there is no server to which you’ll have to connect as you’d do with Guild Wars on the traditional internet. Instead, the game and all of the data that makes the game is processed by the players and their computers. With a little help from the Xaya’s own nodes, of course.

Surely, this is a game you’ll have to wait a tad more for in order to be able to play it at its full capacity, as there’s just a demo version ready for players even now. The good news is, the demo version is completely playable and you can enjoy it on the go with no issues. Some of the main features of the game are the character skills, combat poses or stances, prospecting, buildings and equipment, mining and many more.

Every great MMO needs a killer story. Taurion delivers greatly on this aspect for sure. The story goes by saying that long ago, there were 12 clans of humans or houses. After a great trial, only 3 of those houses made it out of the exodus. All of the other 9 houses vanished in mysterious circumstances. Out of the 3 houses, the one named Epharti overtook planet Verdis. Here, players will find a world filled with life, as well as deadly monsters and cursed, poisonous beings.

Another house that made it out alive from the exodus is the Jodun. They’ve established a home on the harsh Lionus planet, filled with volcanoes and other uninviting forms of land. Although strong and determined, the conditions of life made the Jodun clan a rather cruel one. Finally, the house called Reubo made a home out of the ocean planet of Aquarion. Rubeo people are smart and, because they live on the sea, they’ve developed incredible technologies in order to stay alive and comfortable.

One day, the houses started receiving a coded transmission in a message from one of the nearby planets. Hidden behind the plasma wall of a dead star, Taurion looks like it might bring peace and salvation to the entire human race. The houses need to send expeditions to the mysterious planet to find the source of the message. What they find instead is utterly shocking, in the best way possible.

With each new expedition, the houses find more and more untouched resources that are crucial to their survival. Not only that but the people also find ancient buildings that hold technologies lost forgotten by everybody. Another important discovery was that of the language Taurion, found in one of the caves on the planet, hence the name of the entire place.

Everything seems to be running smooth but, with so much mining and work that’s being done on the planet, the tensions between the three houses starts to boil. It’s just a matter of time until the people will start fighting for the best parts of the newly discovered planet. It’s just a blink before this blessing can turn into a curse.

As you might’ve guessed by now, the objective of this game is to mine the resources the three houses have found on Taurion. This way, you’ll be able to gain wealth. In order for them to be able to do this, players have to go through levelling-up gameplay of six different skills, while sending their units to look for the precious resources. In the meantime, they have to look out and defend themselves from the attacks of rival players who are also interested in grabbing their piece of the resources.

The map of the game and the planet is exactly 8.129×8.129 hexagonal tiles in dimension. In total, there are over 66 million tiles you can mine on Taurion. Some of these tiles are unenterable either because they’re filled with quicksand or things like vehicles, buildings or mountains. All of the map is divided into regions of 100 tiles. You can move on the map by foot or with vehicles. The better the vehicle, the faster you’ll move. The speed of the vehicles you can find range from 0.001 to 20 tiles per one turn.

In order to play Taurion, all you have to do is to create an account with the game. For this to happen, you have to have either a Xaya wallet or download the game itself on your machine. Once you do this, you will be able to add your name, which will also be the name of your character during gameplay. Everything that you’ll be doing in the game, including commanding your units, will be done from the central console of this name and character. So choose carefully.

Skills, and how to level them up

When you start out, you’ll be given a level 1 character with six different skills: harvesting, crafting, combat, weapons, vehicles and scouting. You can level these skills up by simply using them during gameplay. For example, as a commander, you can gain harvesting skill by mining resources, or earn combat skill by killing other units from rival players. The better your skill, the more benefits you can get from it. Some special skills are reserved for commanders, such as speed boost, snares, cloaking and more.

Commanders may order their units to pose into a combat stance. When this is applied, units will simply stay vigilant and put for any dangers that might show up, like an attack from an enemy on the map. Players can instruct units to attack only other players or also neutral units while they make their ways on the map. It’s up to the player if he either wants a defensive or an offensive style of gameplay.

Prospecting and mining on Taurion

The main activities on Taurion are prospecting and then mining. First, you’ll have to prospect a resource before mining for it. You can do this by moving a unit somewhere where there hasn’t been any prospecting done before you, or somewhere where mining hasn’t been done in a long time. Prospecting will give players information on what resources are below the surface of the planet, the amount of the resource, as well as the time they’ll need to extract it.

Mining comes after complete prospecting of a resource. As units fill up with the resource ore, players have to move the units to the refinery or directly to a marketplace, where they can sell it for in-game cash. Dangers lurk everywhere though, as other players might stand by and attack units in order to destroy the transport and steal the ore. You’ll have to stay one step ahead of the competition if you want to grab the best and the most prospected goods that you desire.

One of the most valuable features of the MMO Taurion is that, besides it being on the blockchain, it is provably fair, which means everything happening on the game, as random as it might look, is completely verifiable. Prospecting and mining will help players earn real cryptocurrencies, which are truly decentralised and provably fair, a great way to asset acquisition on any blockchain.

The future of the game

Taurion is still in its early days. For now, the simple process of setting up the game takes a lot of time and will surely turn some novice gamers away because of it. Controls are also a little on the harsh side because of the early stage of development. Yet developers are saying that the game itself will be nothing like the demo version, as it will be a completely playable and vast universe for all the players to enjoy at their own pace. The future of Taurion is bright if the developers will keep doing what they know to do best. Players are surely expecting this MMO to boom and become a favourite on the blockchain, as well as beyond it.